A downloadable game for Windows

(You can fly around with KB+M but won't be able to shoot. Sorry!)

Welcome to Pinefiord. A tranquil collection of floating islands far up above the clouds, where humans and automatons alike live peacefully, side by side. While the scenery certainly is breathtaking, the nature of Pinefiord’s geographical uniqueness has proven difficult, to say the least. However, the Pinefiordians have never been known to back down from a challenge; they embrace it with all the ingenuity, knight-errantry and joy of discovery they can muster. Therefore, it’s not surprising that they’ve made aviation and engineering their main enterprise. Indeed, they dominate the aeronautical plane and Pinefiord itself has become a blossoming trading centre.

But in the misty nothingness many fathoms below Pinefiord, something ominous is lying in wait. Something … hungry. Oh, and there are also pirates. And an iron-fisted and bureaucratic navy that really lacks any sense of humour.

20,000 Leagues Above the Clouds started in 2011 as nothing more than an attempt for us to learn to program our own games. Even as the world of Pinefiord with its airships and floating islands started to take serious shape we consciously set only humble goals for ourselves: to learn and to have fun in the process. These goals have been met several times over, and without the project we would not be where we are today professionally or personally.

Despite our goals to learn and have fun, we eventually found ourselves with a project that was so ambitious that finishing it would have required significant funding. Throughout 2016, and then again in 2018, we pitched 20,000 Leagues Above the Clouds to publishers all over the world. Though our pitches were met with many “ooooh!”s and “aaaah!”s, eventually it became clear that from a financing standpoint the game was just too big to be small, and too small to be big.

Rather than letting 20,000 Leagues Above the Clouds keep sliding forever into the vapors, we finally decided to “call it”. We wanted to take this opportunity to celebrate the past and look towards the future. So, as thanks to you for sticking with us this long despite our rather atrocious lack of communication lately, we are releasing the 2015 ComicCon demo of the game to be downloaded for free!

1) At this point in development, the game was still missing any kind of progression for the ship and its upgrades. You can switch to different ships, weapons and gadgets, but everything is unlocked from the start and there are only a handful choices.

2) You cannot open the quest log when you are docked in a port, even though the UI encourages you to do just that. Instead, press right on the D-pad after leaving the port, and you'll see your quests.

3) The game might freeze if you try to do too much stuff with the gamepad during the short cutscene after the tutorial, when the station is firing up its engines. Just wait until after the fade out and fade in until you try to do anything.

4) A lot of players fail to notice that they get "Encumbered" after picking up too much loot, which severely limits the fun of moving around. Don't forget to empty your inventory into the shop or throw cheap stuff overboard!

Unzip the folder and run the executable file. No installation required.

I love this game, i only wish it had a full release . it would have been amazing

even this demo is amazing to play <3

This demo has been a joy to play.

I first heard of this game from an article saying it was canceled, and as I'm myself working on another completely unrelated (and much less ambitious) game where you control a flying ship destroying pirates and navy ships in a floating archipelago, I had mixed feelings about it - a mix of "damn, it's a shame it won't be made" and " phew, glad I won't be in competition with this much nicer-looking title". After having played the demo, though, I can only say that I'd have loved to see the full version.

This is a demo done right : the user experience of navigating your ship is (mostly) slick, the simple customisation options for the ship sold me on it early on, all the necessary components are here, the less immediately enjoyable progression/grinding part has been left out, and it ends leaving you wanting more. Perfect.

So, I wish you all 4 devs good luck in your future projects, and thank you very much for making this demo available !

How can the developer be reached?

please consider a kickstarter. it is an amazing game.

Pity, I was intrigued when it first appeared. Did you consider a kickstarter at any point? I would have funded.

Played the demo... and oh man, i would sell my kidney for the possibility of getting the full version... They just don't make them like that these days...

Congrats to your team for getting so much accomplished in the face of such adversity, and best wishes to all of you in your current and future careers!

So sad to hear, I was waiting and hoping that something would come from this.

I read the sad news. very much appreciated on what your team has done and made. I hope a another company can take over the project and see what they can make.

very sad to hear what has happened to this project, but "from the ashes" n all that!

How can someone get in touch with you guys regarding the game? Is there an email address I can reach out to? 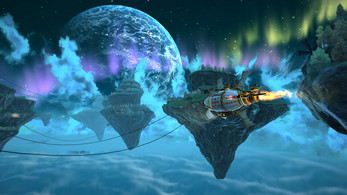 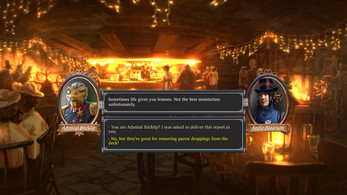 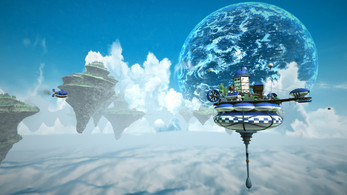 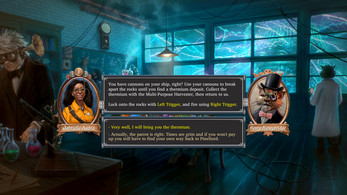 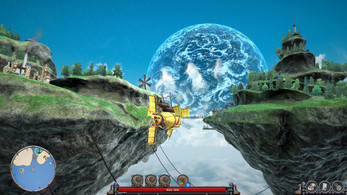 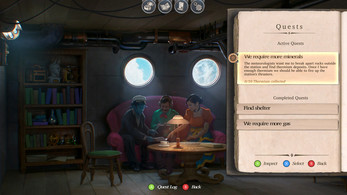 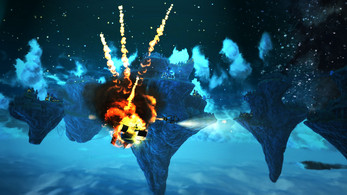